Home About Speaking Blog
Free Advice For Students on the First Day of Class
Did You Feel It? Could You Tell We Were Talking About You?

"There is No Such Thing as Co-dependent Behavior" 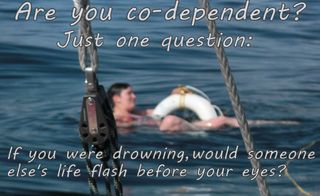 OK, so I may have gotten your attention with that post title. Today, I want to share with you a nuance about co-dependency that will explain my rather unconventional assertion. Certainly, I believe that co-dependency exists. Even though you don't hear about it much in the self-help world anymore, it is still a challenging aspect of personal growth and relationship happiness. It also happens to be one of my favorite workshop topics.

Codependency History Trivia
The term originates from the early days of the family treatment of alcoholism. The label, "co-alcoholic" was applied to the spouse of the alcoholic. Soon, alcoholics were identified as often being addicted to other drugs, as well, so the term "chemical dependent" replaced "alcoholic" as a much better and more inclusive term for patients in treatment. That meant that "co-alcoholic" would be changed to "co-dependent," again, to simply identify whoever was the spouse of the chemical dependent. It didn't take long before family therapists working with alcoholics/chemical dependents, started to recognize that these spouses had many compelling personality traits and treatment issues in common. A new client population was being recognized among the spouses, the co-dependents. Finally, the term, "co-dependent" came to be used to describe anyone who shared those common personality traits, whether they were spouses or not, from alcoholic homes, or not.

Perhaps I should first define my terms before going much further. I define co-dependency as, "the process of giving your power away because of fear." The old joke about co-dependency asserts that "you know you're a codependent if, when you are about to die, someone else's life flashes before you!" See the above image. I like this definition because it reflects the component that other people are always more important than you. Other indications of co-dependency are: extreme avoidance of conflict; compulsive need for approval from others, persistent self-doubt and low self-esteem, and fear of abandonment to the point of addictive relationships.

The salient feature here is the emphasis that is placed on other people, a focus on their needs as more legitimate than one's own. The co-dependent person often gives to others, takes care of others' needs first, and generally acts in unselfish ways in order to 1) gain approval from others and 2) avoid conflict with others. What concerns me is that so many people are quick to observe behavior that appears kind, thoughtful, and unselfish and then assume that it is "co-dependent." If that is true, then Mother Theresa would be considered the Patron Saint of Co-dependency.

When I observe your behavior, I can not know what the motivation is, so I am not in a position to assume that you are acting co-dependently.For example, you might ask me to babysit for your children on Saturday night. Let's say I really don't want to, but I say yes. Sounds pretty co-dependent, doesn't it? You assume that I am saying yes when I really want to say no because I need your approval or I don't want you to be mad at me. Isn't it possible that it's true that I'd really rather not babysit, but I want to do this as a gift for you because I care about you and I want to give you the gift of babysitting. My "yes" is freely given with no resentment attached to it. That's not co-dependency; that's kindness, love, and generosity. 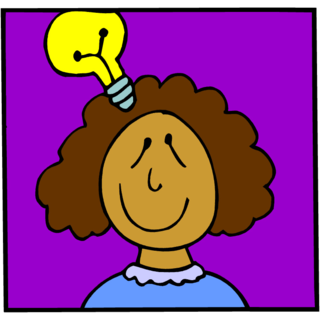 So, my assertion that "there is no such thing as co-dependent behavior" means that no observed behavior on the part of others can be assumed to be co-dependent without knowing the motivation. Motivation is the key - not surface behavior. This is why each of us needs to be vigilant in playing the game, "What's my Motivation?" as we make relationship decisions. Sometimes it can be very difficult to discern my motivations; I can easily delude myself thinking I am not carrying resentment, when I really am.

The other extreme is just as important. People who are on the recovery journey can also become too suspicious of their own "healthy" motivations and behavior. They are so used to assuming the worst about themselves, it's hard to recognize genuine kind intentions that spring from an opening and healing heart. We might benefit from trusted friends who can remind us that we are allowed to like ourselves and to recognize growth when it is there.

I'd love it if you would take a moment and leave a comment letting me know your thoughts about this topic. It is a great subject and very central to alot of people's healing. I look forward to your input. Thanks!

I remember long ago you talking to me about "good" versus "true" codependency..the difference was the WHY of the behavior, not the behavior itself.....it has always stuck with me. I get what you are saying in the above article. Thanks for the reminder. :-)

That is so right on. It really is about the motivation. And yes, it is hard to know sometimes what the motivation is and if I can't tell myself, I am grateful for my friends for reality checks. You are so good at bringing the complicated questions to one simple word or phrase. Nice post.

Yes, intention is definitely the factor here. It's interesting when the world throws that at me it always seems to come back and smack me in the head with a resounding thud, reminding me to be independent and not allow a codependent situation to create vulnerability.

I recently moved in with my boyfriend. Perhaps my motivation to do so was not the best. I suppose I did it because I love him and because HE wanted me to. Well, it didn't work out but reminded me to keep my autonomy which didn't fly with him. SO, I decided to move out.

I'm buying my own home, moving to RR. Close next week.

Wow! Blown away by this - totally agree! To identify an action as problematic or why an action is taken, we have to know the motive behind it. I think that is true for all behaviors. There is always an underlying motive as to why people do what they do and we can never truly help people or allow ourselves to heal if we don't realize the root. Absolutely love this!

I kind of like the idea that when you give to another you are giving to the self as well! To me, it's a way of learning about self and others because, in the beginning you may not think you have motivations or you have different motivations. Then once you give, there is something that happens in the heart.It either feels full or empty, and your motivation comes to the forefront! It takes being rigorously honest! If not for selflessness and compassion (codependency), it would be a ruthless world!

I appreciate what you are saying about being in touch with our true motivations and that, after the giving, more clarity is possible based on your feelings. I was confused by your putting codependency in parentheses after the word "compassion," as though you are equating the two. Maybe that's not what you meant by the parentheses.
Thanks for the comment!

I am equating selflessness and compassion to what is defined as codependency, but should be re-defined as interdependency and a necessary piece of the learning, life and love puzzle! Sorry to confuse you, 'don't mean to!