Tapping - Schmapping! You Gotta Be Kidding Me! EFT Explained 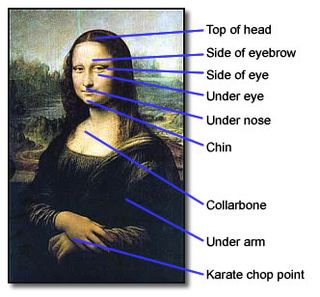 You might have heard about this new healing technique called EFT - Emotional Freedom Technique.

It is a simple intervention that is based on the concepts of acupuncture. In fact, it has been called "acupuncture without needles." The idea is that the energy flow of the body gets disrupted and this, then, causes emotional upset which can lead to physical challenges. Instead of having the acupuncturist strategically place needles along energy meridians, the individual can use her own two fingers to tap four - seven times on nine points of the body. If I haven't lost you so far, you can learn more about this by going to my page called What is Energy Psychology?  You can also read a few testimonials by people with whom I have used EFT.  Click on the link just under my blog banner. And, you can go to the EFT Universe Website and watch a few demonstration videos and read thousands of testimonials.

In a matter of minutes, it is possible to collapse major emotional trauma that years of talk therapy have not been able to heal. Anxiety, depression, guilt, resentment, and specific traumatic events are all common issues that EFT can address. "If this is such an effective technique, why haven't I heard about it?" you may ask.